Gnanananda Seva Samajam Inc. (GSS) is incorporated in the State of Maryland, and is classified under Section 501(c)(3) of the Internal Revenue Code as a non-profit organization, with the primary objective to instill Bakthi (devotion) and promote prayers, devotional songs, and philanthropic services to humanity.

GSS is organized for religious and charitable purposes. To help maintain cultural and traditional awareness, this organization promotes prayers and devotional songs (Dhakshina Sampradaya Naamasankeerthanam) and daily prayers (Dhinasari Vazhipaadu) amongst individuals in North America and beyond. GSS instills Guru Bhakthi (devotion to a Guru) by preaching the gospels of Sathguru Gnanananda Swami and by performing Paduka Puja (prayers to the lotus feet of the Guru). GSS organizes charitable performances by local & international artists all over the world. Funds raised are used to serve the underprivileged, assist in humanitarian efforts, and support Thennangur Ashram in South India. 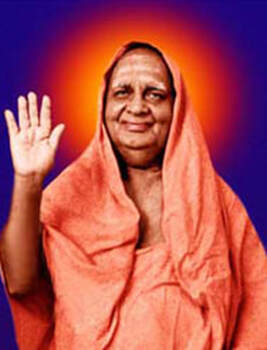 Click to see more pictures
Swami Gnanananda Giri is said to be born on Thai Krithikai day in Mangalapuri to his father Venkopa Ghanapatigal and his mother Sakkubai. His birth name was Subramaniam. In his early childhood, he lost both his parents. Chanting the glorious "Jaya Ganesha" mantra, Swami's mind permeated with devotion for the Lord, as he traveled from one village to another at the tender age of 11. One day, Lord Pandugara manifested himself in a dream to the little boy, telling him that soon he will be led to light by a saint from Kashmir.
Upon a chance meeting with his Guru Sivaratna Giri Swami of the Jyotir Mutt, Kashmir, Swami was blessed with the knowledge of the Vedas, Upanishads, Sutras, several languages, and nuances of Sanathana Dharma. At the age of 40, his saintly name was chosen as "Gnanananda Giri."
Read More
After his Guru's Maha Samadhi, Gnanananda Giri Swamigal travelled across India on a spiritual pilgrimage and met great saints during his journey. Swamigal then established his ashram at Thapovanam, Thirukoviloor - a paradise for Sathsang, Pooja, Spiritual Talks, and for attaining oneness with the Supreme.

Swami Gnanananda Giri reached Maha Samadhi in 1974 at Thapovanam. His teachings live on forever in the hearts of all of his devotees. He spurred an immense sense of Guru Bakthi in each and every individual who crossed his path. Swami's chief disciple Swami Haridhos Giri, created a worldwide revolutionary movement of his Master's teachings, a foundation upon which Gnanananda Seva Samajam USA Inc. is built upon.

His Holiness Swami Haridhos Giri and His  Vision of Namasankeerthanam 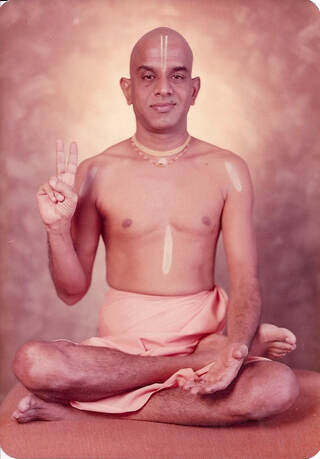 Click to see more pictures
Swami Haridhos Giri was born to Nott Annaji Rao. He frequently visited Thapovanam at an early age and became Swami's chief disciple. Swami aptly called him "Dasar," or true devotee. He was affectionately called "Guruji" by all of his devotees worldwide. Guruji lived, breathed, spoke, thought, and acted the teachings of Swami. He embodied the epitome of Guru Bakthi. Swami blessed Guruji with Thiruvadi Deekshai, which gave him the ability to compose profound musical pieces with no effort or prior preparation and allowed him to preach the Hindu scriptures and stories with dynamic command. He would ascend a stage, close his eyes, and sing beautiful melodies on the spot. Millions of people came to him like bees to a flower to listen to his Bhajana Sampradayam and to his discourses of Saints and the Lords.
Read More
Guruji established his ashram at Thennangur, known as Dakshina Halasyam, where he built a mesmerizing Pandurangan Rakhumai Temple, a Maha Shodashi Sannidhanam, Meenakshi Sundareswarar Temple, Swami Lakshmi Narayananya Temple, and Sri Matam where the Holi Padukas of HH Sathguru Gnanananda Giri Swami, HH Swami Haridhos Giri, HH Swami Namananda Giri Swami reside. The ashram also consists of a Charity Hospital that serves 200+ underprivileged villages, a Cafeteria feeding the ashram free of charge, a Bhajan Hall, an Old Age Home, a Goshala (to preserve cows), and self sufficient Cottages for visiting devotees. The ashram has the first ever Temple for Maha Shodashi (Sri Lalitha Tripura Sundhari). He set up an organization called GA Trust in Chennai, India to maintain the Thennangur Ashram and to establish Namasankeerthanam.

His Master's grace allowed Guruji to travel across the world to spread Namasankeerthanam, praising the Lord through music and dance. He began his first Gnanananda Seva Samajam Inc., a child organization of GA Trust, in Sri Lanka, and later in many other countries. His devotees in Australia, Singapore, Canada, Malaysia, England, Philippines, South Africa, Muscat, Abu Dabi, and Japan still sincerely uphold his vision. In places where Guruji himself did not begin a Samajam group, devotees have started their own Gnanananda Seva Samajam organizations to spread his mission. The mission of GSS USA is to further fulfill this same mission, to instill Guru Bakthi, retain Hindu traditions, engage in philanthropic efforts, and to spread Namasankeerthanam.

Guruji always greeted people by saying "Radhekrishna." His iconic "Radhekrishna symbol" is the hand gesture commonly known as the peace sign. With the index finger and middle finger raised, the two-fingered gesture symbolized Lord Krishna and his devoted partner Radha and their divine unison of Jeevaathma (the soul) with the Paramaathma (the Supreme Being).

In September 1994, Guruji attained Jala Samadhi in Koteeshwar, India. His disciple, Swami Namananda Giri, known as Namaji, continued his principles and managed GA Trust. With the grace of his Gurus, Namaji continued upholding this age old tradition of Sampradhaya Bhajana and guided us in the path of Guru Seva until his Samadhi in 2009. 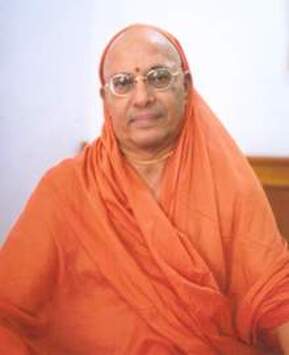 Click to see more pictures
Swami Namananda Giri, lovingly called Namaji, became the peetadhipathi (chief guru) after the Jala Samadhi of Swami Haridhos Giri. Swami Namananda Giri maintained Thennangur Ashram and continued Swami Haridhos Giri’s goal of spreading Namasankeerthan. Namaji devoted his entire life to serve Lord Panduranga and his guru, Sathguru Sri Gnanananda Giri Swami. He traveled all over the world including Singapore, Malaysia, Abu Dhabi, London and other countries to spread Namasankeerthan. He preached Guru Bakthi in his mesmerizing speeches and Bhajans.  Thennangur Ashram is home to his adishtanam (or residence), which was beautifully built to commemorate his service. Swami Namananda Giri attained moksha in Sept 2009 and did not nominate an heir to continue the Giri Parambara.

Sampradaya Bhajans were formulated several hundreds of years ago. Collectively praising the Lord and chanting His name is "Namasankeerthanam". Since the 1950’s, His Holiness Swami Haridhos Giri, disciple of Thapovanam Sathguru Gnanananda Giri, popularized Bhajans through his soul-stirring voice.

Just as there are Trinities in Carnatic Music (Thyagaraja Swamigal, Muthuswami Deekshithar, and Shyama Sastrigal), in Bhajans there are three Gurus (Govindapuram Bodhendra Swamigal, Thiruvisanallur Sridhara Venkateswara Ayyaval, and Marudanallur Sathguru Swamigal). They have designed a paddhathi or Sampradaya (performing in a prescribed manner) which has come to be known as BHAJANA SAMPRADAYA. These songs display India’s national integration through verses by various Saints from different parts of India, written in different languages.